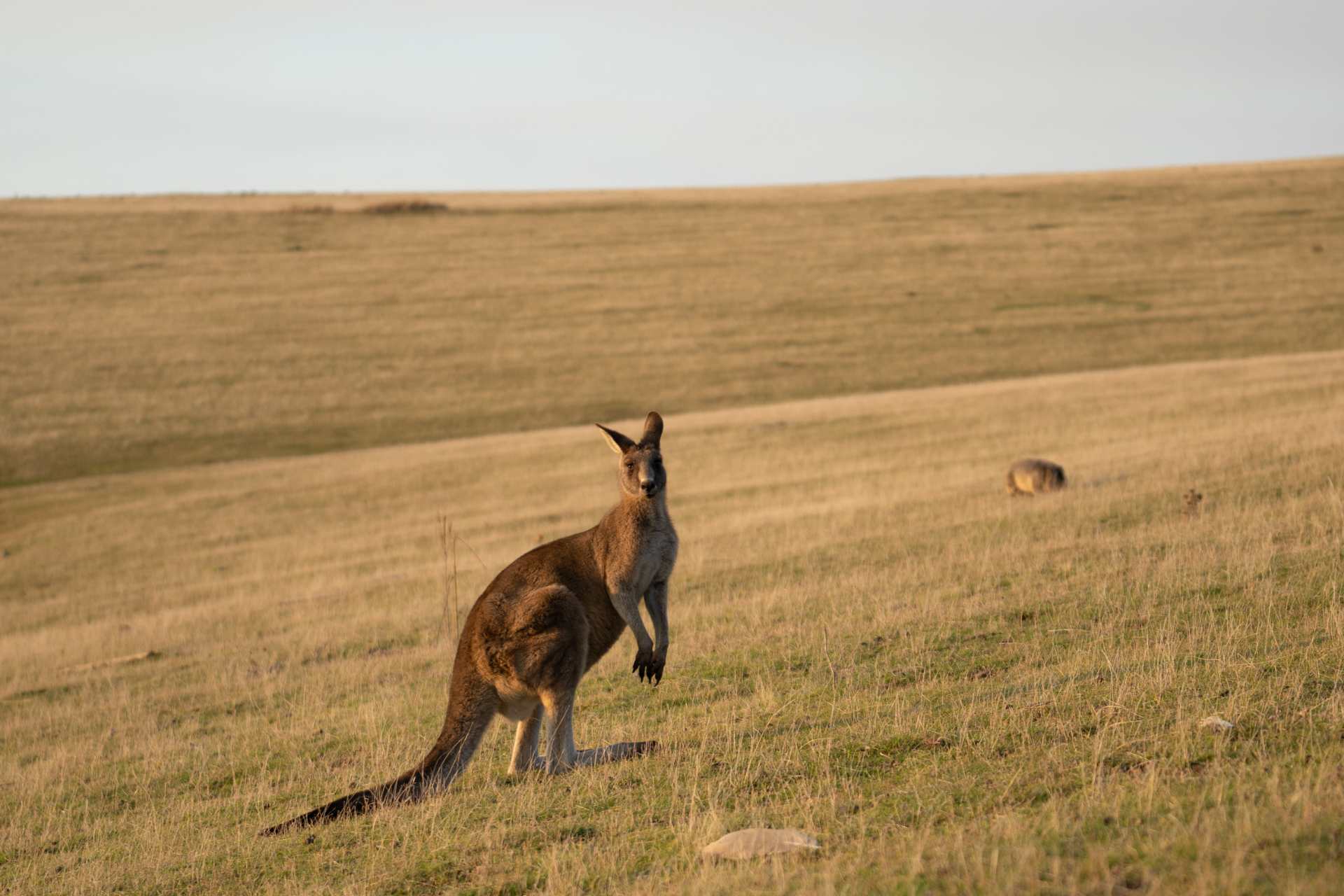 The Maria Island Walk was first established in 2002, with the first walkers welcomed in the spring season of 2003.

Now in its 20th season, the award-winning walk has welcomed over 10,000 walkers. There have been many achievements along the way, including over 20 awards such as the highly-regarded ‘Best Eco Tourism Operator’ win at the Qantas Australian Tourism Awards in 2019. 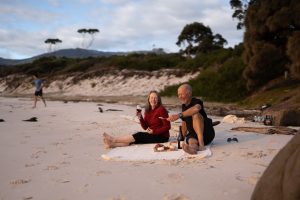 The Island is considered a “Noah’s Ark”, when in the 1970s it was declared a national park and is today a safe haven for a variety of wildlife, including the Tasmanian Devils who were re-populated there in 2012 when a rare facial tumor in the species had wiped out 90% of their population. A thriving population of wild Maria Island Tassie devils now roam Maria Island and have played a strong part in the breed’s preservation. One of the largest burrowing mammals in the world, families of wombats are also in their thousands and provide plenty of photo opportunities on the Island.

At the heart of Maria Island Walk is its conservation focus, to sustain the precious ecological landscape with its diverse variety of flora, wildlife and fossilised headlands.

Over the last six years, the team at Maria Island Walk has focused on the introduction of more trees to stabilise lands from natural soil erosion and have planted more than 1,000 caesarians and coastal wattle at a denuded headland south of Darlington.

An all-inclusive experience, food and dining on the multi-day walk showcases local Tasmanian produce. Wine is supplied by the local vineyards including Bream Creek Vineyard, Milton Wines, Cape Bernier and Gala Estate. The wines are coupled with the geography of Tasmania, starting from the south and working its way to the vineyards further north.

2022 saw the upgrade of Bernacchi House, the only heritage-listed house in a Convict World Heritage area. It’s where guests spend their last night, following two nights in bush camps.

Key elements of the refurbishment were undertaken by Laura Stucken, local designer and co-owner of award-winning Van Bone Restaurant. Despite the refresh, the historic property remains true to its original fabric and story.

Local artisans incorporated in the project include Scott Van Tuil who designed the sandstone side tables and coffee tables in the home as a nod to the famous Painted Cliffs of Maria Island, and Simon Ancher Studio supplied floating beds using Tasmanian timber.  Soft furnishings were sourced from Hobart-based Featherson Interiors and vases from local Potters Croft across the Mercury passage at Dunalley, Tim and Tammy Holmes, dotted through the house.

Ben Brown is the General Manager Operations for The Maria Island Walk and has been with the business for the last ten years. He comments that they employ many graduates from the nationally-accredited outdoor tour guide training course, run by the local TasTAFE Drysdale Campus in Hobart.

The hands-on course equips students with the knowledge to interpret the native flora, fauna, history and culture, the know-how in delivering a  culinary camp feast for groups, along with the key navigation skills required to lead bushwalks in Tasmania’s wilderness.

The Maria Island Walk has employed 200 graduates from the TAFE over the 20 years, with the average guide spending 3-5 years at Maria Island sharing the spectacular beauty of this “mini Tasmania”.